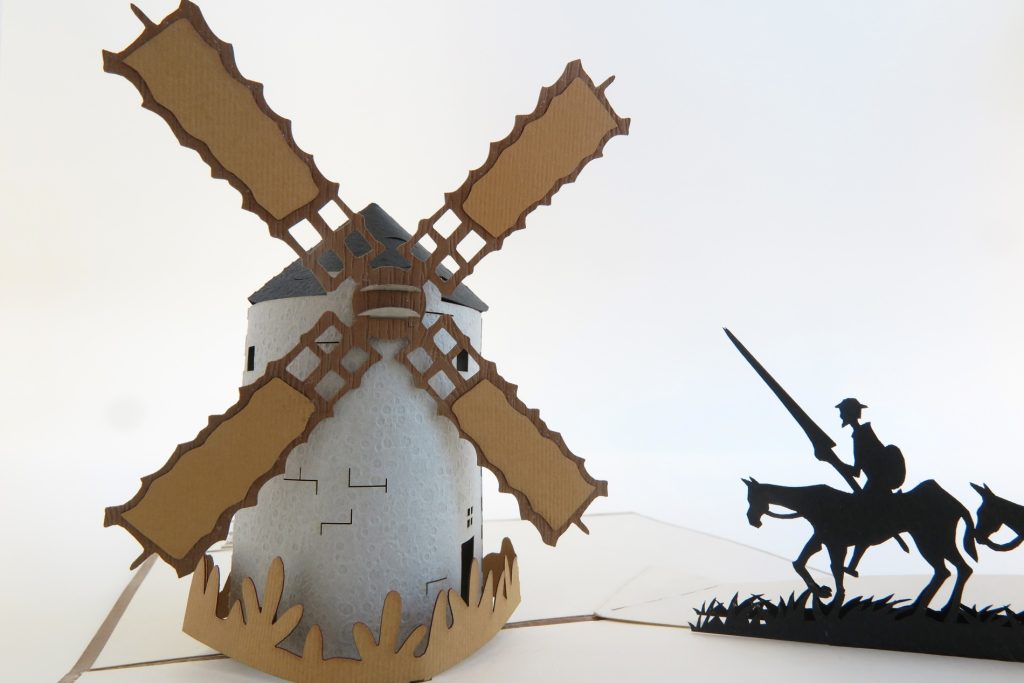 With the creation of two cards representing two of the greatest literary works, Don Quixote and El Principito, Kiriarte wanted to meet one of the greatest artistic expressions, the literature.
Two cards that for their elegance and symbolism should like paper lovers, readers and anyone who dreams.
The acquired rights of the Little Prince have allowed us to display in a card the meeting between The Little Prince and Saint-Exupéry. Moment so beautiful and full of truths .
Don Quixote once again decides to confront the “giants” with his faithful squire Sancho Panza who will watch him, astonished, launching into combat. That same feeling we wanted to convey with this new card. Open it and be present in the imaginary Spanish literature.